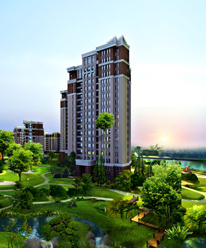 Over half of India’s population is exposed to deadly air pollution and live in areas where fine particulate matter pollution is above the country’s standards for what is considered safe.

Over half of India’s population is exposed to deadly air pollution and live in areas where fine particulate matter pollution is above the country’s standards for what is considered safe.

The study ‘Lower Pollution Longer Lives, Life Expectancy Gains if India Reduced Particulate Matter Pollution’, by Michael Greenstone, Janhavi Nilekani, Rohini Pande, Nicholas Ryan, Anant Sudarshan and Anish Sugathan was published in the Economic and Political Weekly on Saturday. It shows that if India reverses this trend to meet its air quality standards, those 660 million people would gain about 3.2 years onto their lives, and compliance with Indian air quality standards would save 2.1 billion life-years.

Mr. Greenstone, an author of the study and director of the Energy Policy Institute at the University of Chicago, told The Hindu on phone that all 600 districts were covered in India and wherever available, direct measurements from the Central Pollution Control Board (CPCB) monitoring stations were used and when that was not available, satellite data was used.

He said air quality and economic growth do not have to be in conflict. The study draws from an earlier study he carried out in China in which he and his co-authors compared pollution in north China — where a policy subsidised coal use for home heating — with south China.

“We used the relationship between particulates and life expectancy estimated in the China study and applied it to the Indian levels of air pollution to produce our central estimate of about three years reduction in life expectancy. We also compared this to estimates from other studies that say something about life expectancy reductions or infant mortality and reported those results in the paper. The general message of high health costs remains unchanged,” said Mr. Sudarshan, one of the authors, in an e-mail response to questions.

“Using only CPCB data, the highest air pollution levels on average have been recorded in the National Capital Region of Delhi, followed closely by Gwalior,” he said.

Air quality and economic growth do not have to be in conflict, says author